6. Fennec fox
The fennec fox or fennec is a small nocturnal fox found in the Sahara of North Africa. 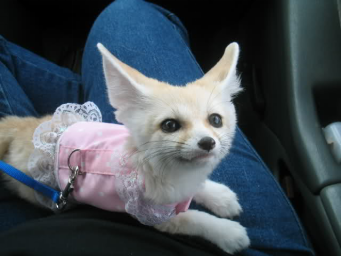 Its most distinctive feature is its unusually large ears, which also serve to dissipate heat.
The fennec is the smallest species of canid. Its coat, ears, and kidney functions have adapted to high-temperature, low-water, desert environments. In addition, its hearing is sensitive enough to hear prey moving underground. It mainly eats insects, small mammals, and birds.
The fennec fox is bred commercially as an exotic house pet. Breeders tend to remove the young kits from the mother to hand-rear, as owners prefer tamer and more handleable foxes, thereby making them more expensive.

The ball python also known as the royal python, is a python species found in sub-Saharan Africa.
Like all other pythons, it is a non-venomous constrictor.
This is the smallest of the African pythons and is popular in the pet trade, largely due to its small size and typically docile temperament. 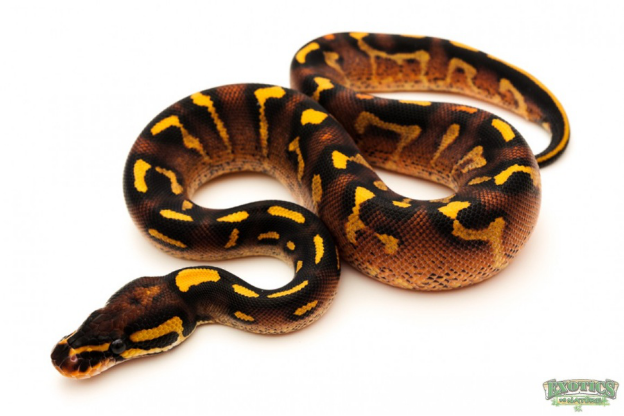 No subspecies are currently recognized. The name “ball python” refers to the animal’s tendency to curl into a ball when stressed or frightened.
Wild-caught specimens have greater difficulty adapting to a captive environment, which can result in refusal to feed, and they generally carry internal or external parasites.
Specimens have survived for over 40 years in captivity, with the oldest recorded ball python being kept in captivity 47 years and 6 months until its death in 1992 at the Philadelphia Zoo.
Hundreds of different color patterns are available in captive snakes. Some of the most common are Spider, Pastel, Albino, Mojave, and Lesser. Breeders are continuously creating new designer morphs, and over 3,800 different morphs currently exist.