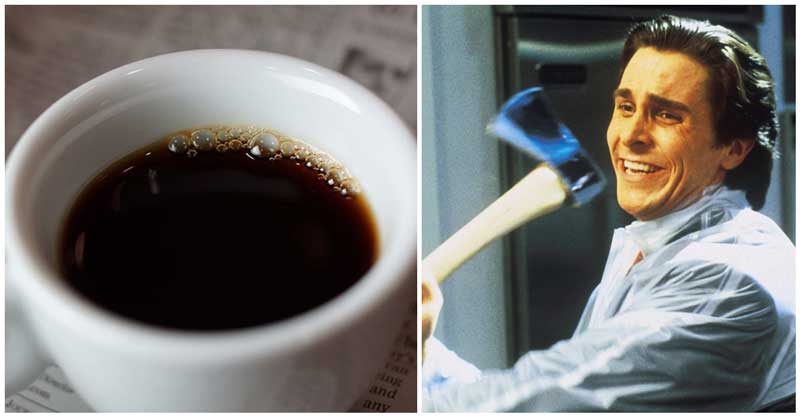 Coffee is the absolute nectar of the Gods. It can officially save you when you haven’t had quite enough sleep and need to complete an entire day of work, or if you’re anything like me it can turn you from an absolute morning troll into a delight.

While obviously too much caffeine is bad for you, coffee generally hasn’t ever been linked to being bad – until a recent study brought to light something pretty interesting. Apparently, if you like your coffee black – then you’re most likely to be a psychopath. Hmm.

Brought to light by a study undertaken by the University of Innsbruck in Austria, it focused on a control group of 953 American adults, whose average age was about 35.

The results, which were published in the journal Appetite, revealed that the participants who reported enjoying foods with a bitter taste were more likely to report “malevolent personality traits” – even when sweet, sour and salty tastes were involved.

The participants had to report which foods they liked best and answer a number of personality questionnaires that measured different qualities, including narcissism, aggression, psychopathy, and “everyday sadism.” The surveys also tried to measure what their attitude was to ‘inflicting pain on others’.

According to the studies, the preference of bitter-tasting foods, such as black coffee, dark chocolate, radishes, beer, tonic water, and celery showed the ‘biggest indicator of having psychopathic traits’, while those who scored ‘high on agreeableness’ apparently reported a special preference for foods that were a bit sweeter, like candy and cake, and they had absolute ZERO time for the same bitter foods that were ‘loved by psychopaths’.

So next time you’re going out on a date and the person opposite you decides to make their ‘end of meal coffee’ black, if you believe anything from this study then you should probably immediately block and delete them from your phone and never speak to them again. OR you could try and imagine that not everyone who likes coffee and beer is a psychopath, and you should be just fine.