If you’re afraid of big bugs and bloodthirsty predators, you’ll be glad none of these creatures are going to turn up in your backyard. 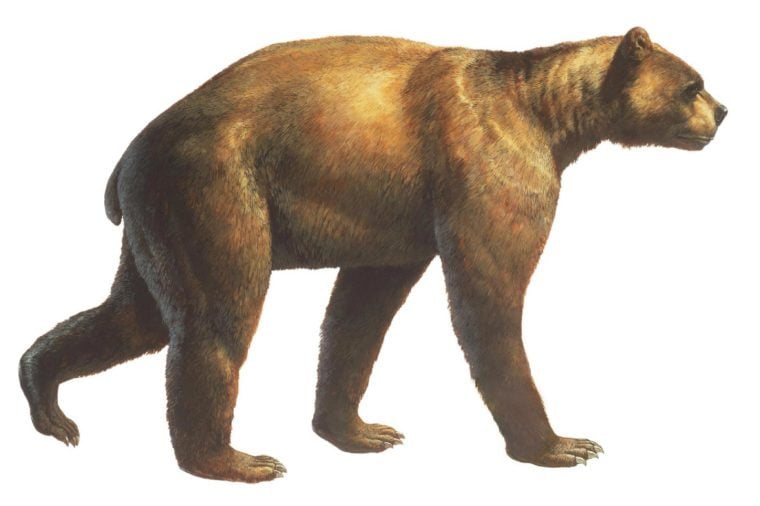 Those big millipedes probably wouldn’t have fared so well against the largest bear species that ever lived, but the bears appeared a few hundred million years too late. They get their name from the shape of their heads: “Because they were “short-faced,” these giant bears had a much stronger bite force than modern bears, even grizzlies,” says Lindsey. “Also, they had long legs and could run fast!” Some of the North American bears found in the La Brea Tar Pits would have weighed more than 2,000 pounds (modern polar bears only grow up to 1,600 pounds, for comparison), but their South American cousins are likely to have tipped the scales at 3,500 pounds and grown to be 11 feet tall standing up! Find out the 13 myths about dinosaurs it’s time to stop believing. 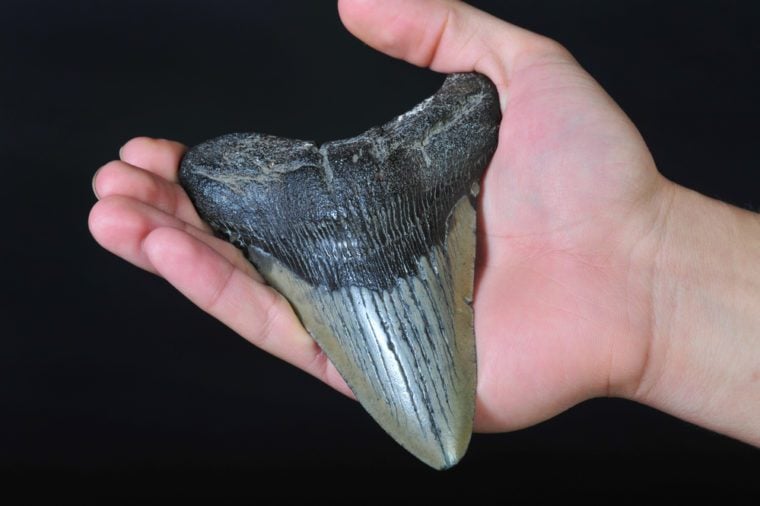 In the world of big predators, even 11-foot bears wouldn’t want to tangle with the biggest sharks that ever lived. From 16 million years ago to about 2 million years ago, 50-foot-long creatures (that’s triple the size of scary-enough great white sharks today) preyed on whales, apparently biting off their fins to immobilize them. “Modern great whites will scavenge on a whale, but not actually take a [live] whale,” Peter Klimley, a shark expert at the University of California at Davis, told National Geographic in a 2008 interview. According to some studies, a megalodon’s bite was strong enough to crush a car. Amazingly, most of what scientists know about this mega-predator comes from studying its teeth—like modern sharks, the rest of its skeleton was cartilage, which decomposes much more rapidly than bone and leaves few fossils. Don’t miss these fascinating facts about the sharks of today. 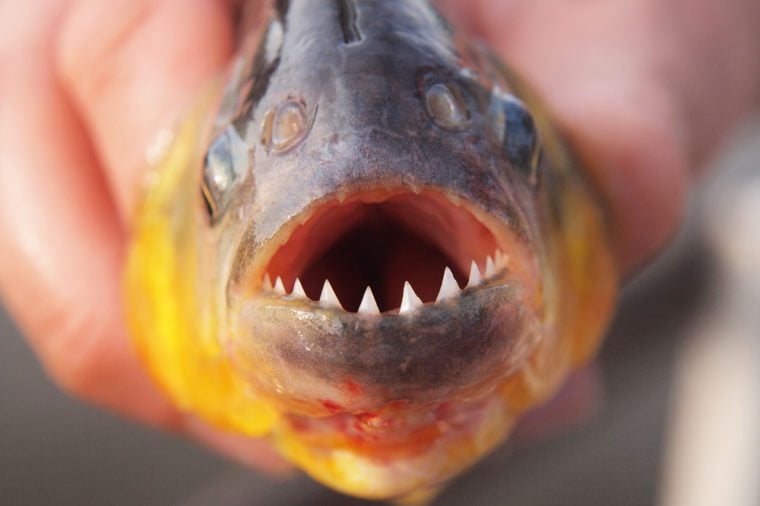 Although it couldn’t have crushed a car in its mouth, the jaws of this extinct relative of modern piranhas could exert a force of up to 50 times the fish’s own weight—pound-for-pound, that makes it a stronger biter than even megalodon. Megapiranhas weighed 20 to 30 pounds (compared with 2 pounds for the modern version) and lived in South America between 10 and 6 million years ago, when the snakes, fish, and crocodiles they likely fed on were also gigantic. 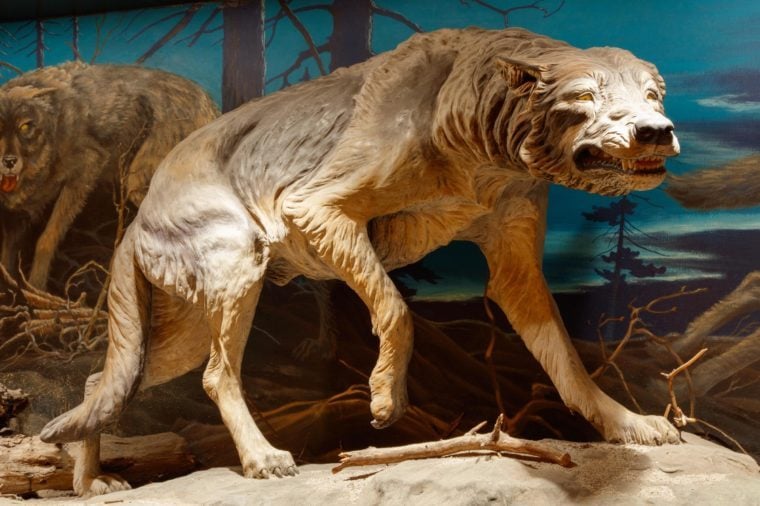 Another big predator that’s commonly found in the La Brea Tar Pits, this wolf species was about the same length as the modern gray wolf, but it weighed quite a bit more—as much as 175 pounds. “Dire wolves had stronger jaws than today’s gray wolves, which meant (among other things) that they were good at crushing bone,” says Lindsey. Nonetheless, they went extinct about 10,000 years ago, while their smaller cousins are still around—gray wolf populations have made a comeback in recent years thanks to reintroduction programs in places like Yellowstone National Park. Among the dire wolves’ favorite foods was the western horse, which lived in North America until about 11,000 years ago. Horses died out in the Americas and only returned in 1493 when Christopher Columbus’s crew brought them along on ships on their second voyage. 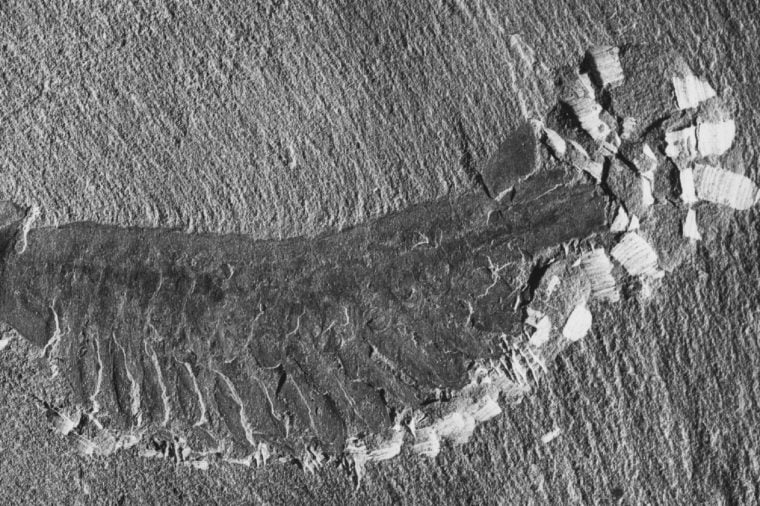 Some creatures seem pretty creepy even though they’re not enormous—like this 3-inch arthropod: “Opabinia was a flat-bodied swimmer with five eyes and thirty swimming fins and a long tube sticking off the front of its face with what looks like a Venus fly trap on the end,” Lindsey says. It probably stuck that long tube down into the sandy seabed to catch worms. Find out the 11 wild animals you didn’t know were endangered today. 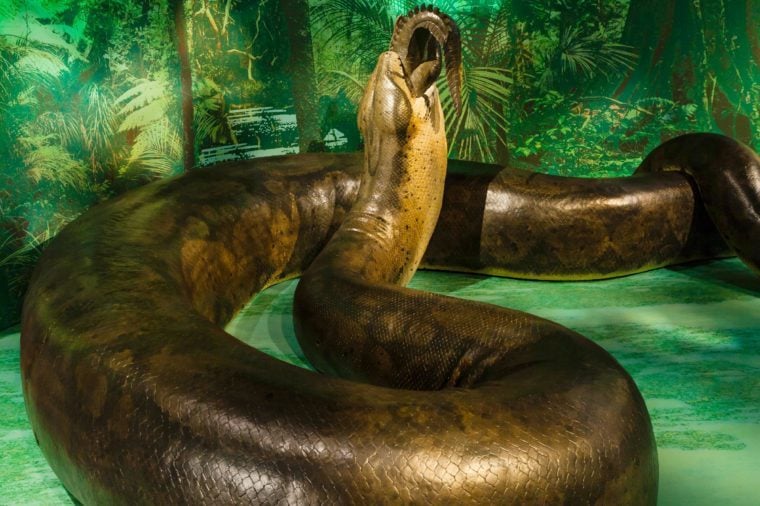 If a melee of drowning carnivores doesn’t freak you out, how about a 40-foot snake? Researchers have had a hard time figuring out just how big Titanoboa was when it lived in South America about 58 million years ago, just a few million years after non-avian dinosaurs went extinct, because they haven’t ever found all the vertebrae of a single animal in one place—and it would have had an awful lot of vertebrae! Using what they’ve got, they estimate that the snake would have weighed about a ton, according to a 2012 article in Smithsonian. For comparison, modern anacondas can grow up to 29 feet long and weigh 550 pounds. You won’t believe that these strange animals are actually real and exist today. 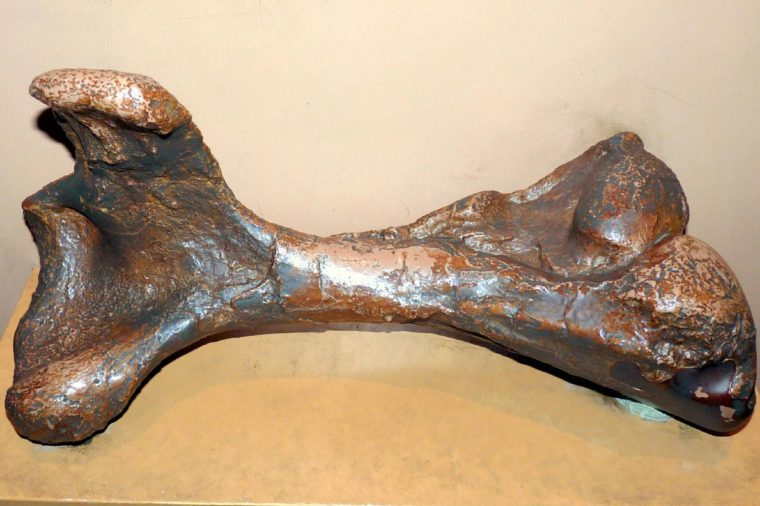 Terrifying animals didn’t occupy only the ground and the water—imagine a predatory creature the size of a giraffe with a 33-foot wingspan flying through the air. Quetzalcoatlus northropi lived during the Cretaceous period, alongside dinosaurs, and might even have eaten smaller ones. A theory detailed in a Wired magazine article in 2013 suggests that they mostly hunted by walking around like a stork, plucking plants and small animals up off the ground with their 6-foot beaks. But when they took to the air, researchers think they were graceful and powerful fliers—Quetzalcoatlus had hollow bones like modern birds, so where giraffes weigh as much as 2,800 pounds, these creatures only carried about 550 pounds up into the air, where they might have been able to fly and glide for days at a time. Fossils show that they were covered with hair, which probably helped them regulate their body temperature during flight. 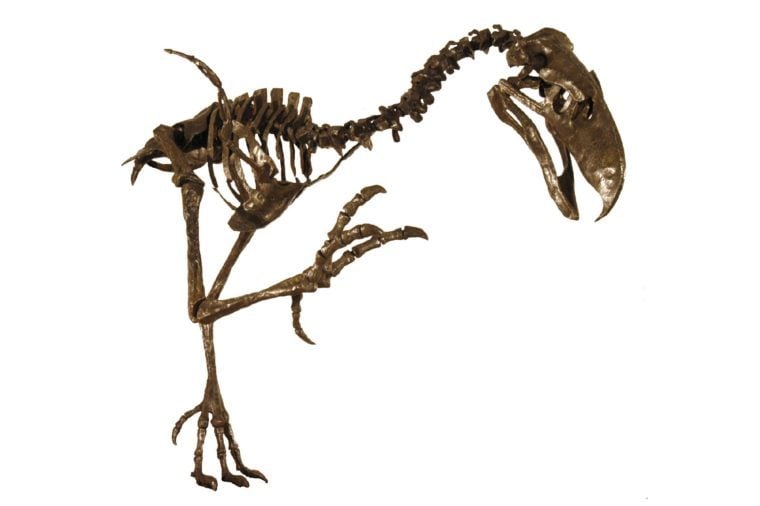 Quetzalcoatlus wasn’t a bird, even though it could fly, but there was a bird that was so deadly and frightening that it was named after fear: the terror bird. And these birds didn’t even fly! Terror birds, which got as big as 10 feet tall, developed in South America around 60 million years ago, during a period when there were few other predators on the continent (there were wolves and saber-toothed cats in North America, but there wasn’t a land bridge through Central America yet). Terror birds occupied the top tier of the food chain, using their large hooked beaks to kill prey until they went extinct around 2 million years ago.